The BlueROV is an unassembled ROV kit with frame, watertight enclosure, thrusters, and speed controllers. Hardware/software experience required. It uses six thrusters to provide six-degree-of-freedom control allowing you to point the ROV in any orientation to film anything, grab anything with a simple robot arm, and have a lot of fun!

When working with electricity, especially in water, always practice caution. Always ensure that connections are secure and watertight. Keep your body away from spinning motors and propellers.

The following specifications are given for the BlueROV with T100 Thrusters and Basic ESCs at 12 volts.

We recommend the open-source ArduSub software. You can read more about it on the ArduSub documentation site.

These are BIG files since the model is fairly complex. If you just want to check out a 3D view of the BlueROV, we recommend checking out the files on GrabCAD.

The frame is the structure of the ROV and includes several laser-cut plastic pieces as well as metal hardware.

The above shows the suggested penetrator configuration for the Blue ROV, with the vent plug placed in the upper right hole. This configuration will enable easy access to the vent plug, and clean cable routing for all six thrusters.

The BlueROV comes with an electronics tray designed to fit the ESCs, a Raspberry Pi 1/2/3 computer, and an 3DR PixHawk autopilot. It also has a power distribution terminal block and straps to hold a battery. 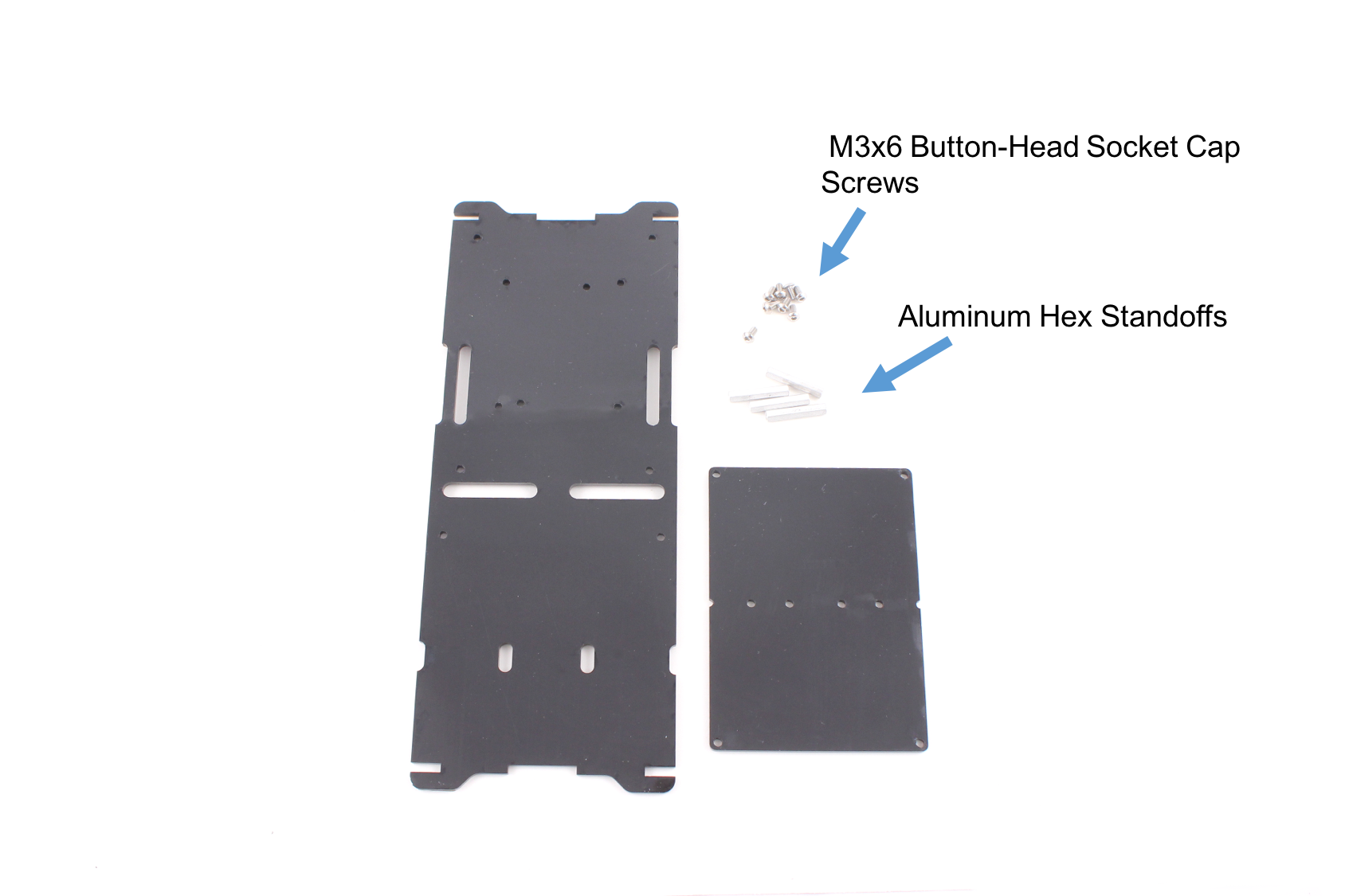 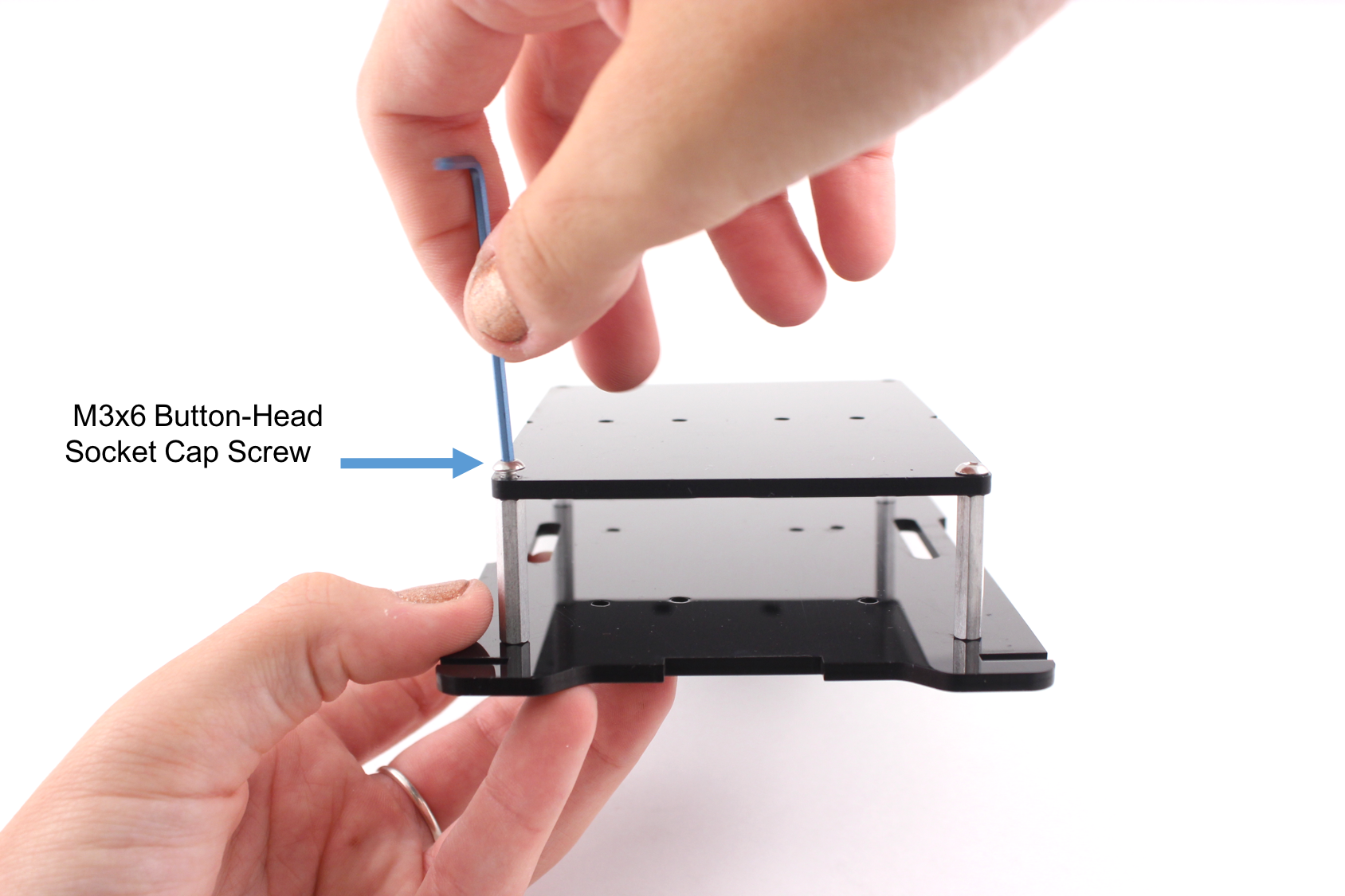 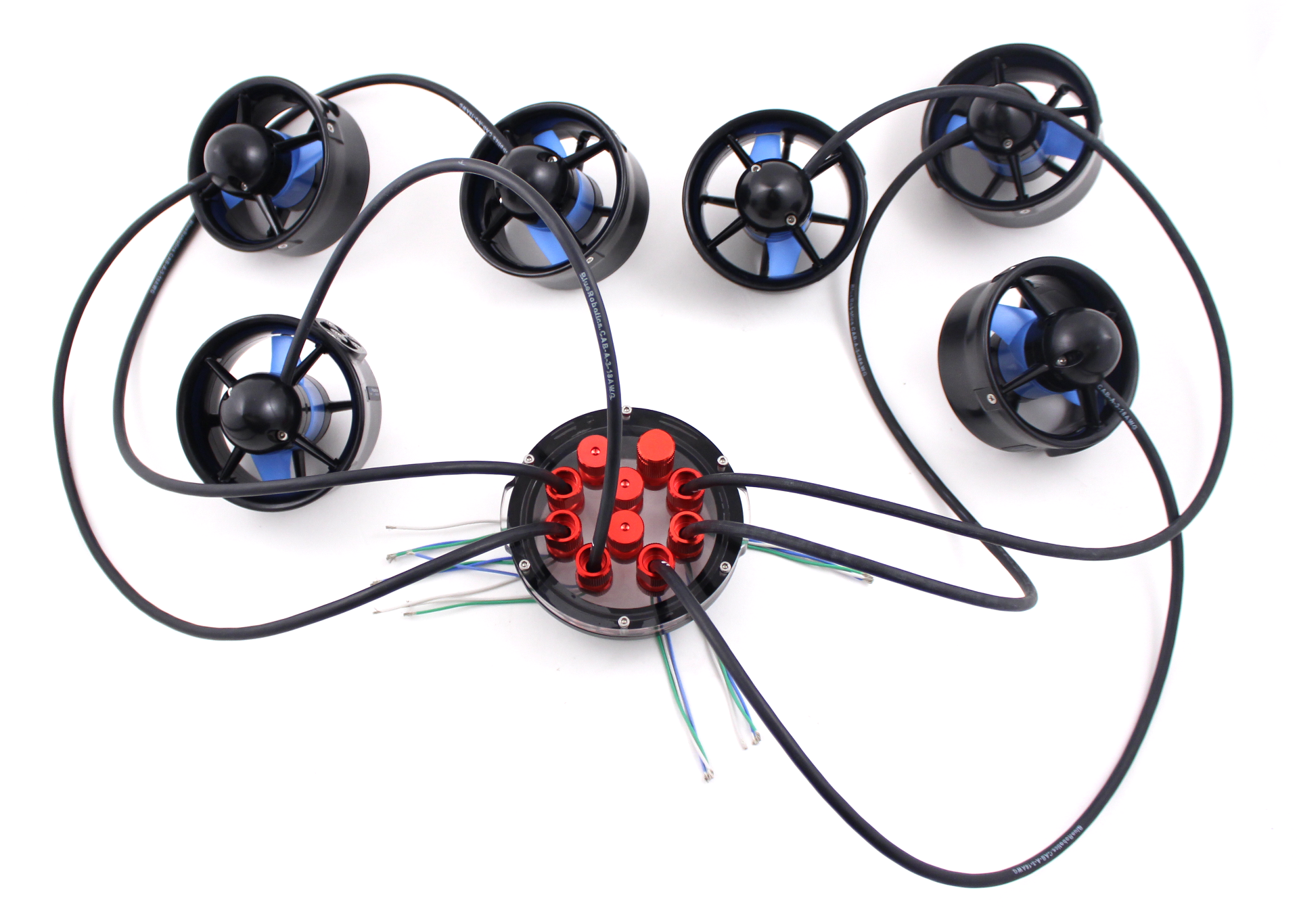